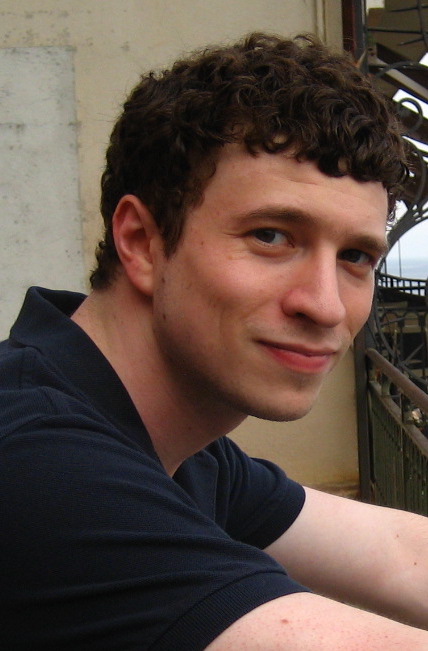 I am an Associate Professor in the math department at the University of Missouri. I received my PhD in Applied Mathematics from Brown University in 2010; my thesis advisor was Walter Strauss. My undergraduate degree is a BS in Mathematical Sciences from Carnegie Mellon University. Prior to coming to MU, I was a Courant Instructor at NYU.

A summary of my teaching and research experience can be found in my CV [pdf].

My office hours for Fall 2021 are Wednesdays 4–5PM, Thursdays 2–3PM, and by appointment.

My research is in the area of nonlinear partial differential equations, particularly those pertaining to water waves. A large part of my work has been devoted to the study of steady waves. Steady waves are a special class of solution to a time-dependent PDE which, when viewed in an appropriately chosen moving reference frame, become time-independent. Steady waves have been an object of fascination for hundreds of years (Cauchy wrote one of the original treatises on the subject), but fundamental questions about them remain. For instance, the existence of large-amplitude traveling waves, potentially even overhanging waves, is not yet established in a number of physically important regimes. Still less is understood about the qualitative features of steady waves, or even whether or not they are stable in many instances.

I am also interested in the broader topic of dispersive nonlinear PDEs. A dispersive PDE is one for which a solution that is localized in frequency will tend to propagate in space with a speed and direction determined by that frequency. Water waves are one example of this phenomenon, but it is found in many physical settings, e.g., quantum mechanics and nonlinear optics.

I serve as the organizer for the Differential Equations Seminar at MU. The list of upcoming talks can be found here.

I am co-organizing the 86th Midwest PDE Seminar (MWPDE), which will be hosted by MU on October 15-16th, 2022. Please see the site for more details.

I am also on the organizing committee for the annual KUMUNU-ISU Conference on PDE, Dynamical Systems, and Applications. The next meeting will take place on the campus of Iowa State University, on April 22-23, 2023.

I currently have one PhD student at MU, Thomas Hogancamp.

My past students are:

I am the Math Competition Advisor at MU. If you are an undergraduate at MU and are interested in taking the Putnam exam, please contact me.

I was a faculty mentor to three students participating in the 2012 Summer Undergraduate Research Experience (S.U.R.E.) program at Courant. You can see their report here.